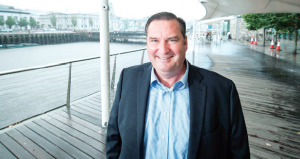 A free app developed in Ireland to help children with autism understand and improve their social interactions has reached more than 30,000 users across Ireland, Britain and the US.

The Social Skills for Autism app was developed by the Smarter Senses Project at the Shine Centre, a Cork based charity set up in 2001 by parents of children with autism.

The charity developed the app in collaboration with Bon Secours Hospital and Doodle Creative, a graphic design and web development studio based in Cork. Several autistic children also gave feedback on the project.

The app, which was released in 2015 and is available through iTunes and the Google Play Store for free, cost €42,000 to develop. The majority of its funding came from Bon Secours, with additional support from the Lottery Fund and Shine.

The app is based on Shine’s PALS (Personal and Life Skills) Programme, which aims to improve a child’s self-esteem, anxiety management and language skills.

It features Kloog, a friendly alien who has crash-landed and is confused by Earth’s social customs. In a series of 17 lesson plans, the user helps Kloog to navigate social situations and gradually reassemble his spaceship.

A second app, in which Kloog returns to his planet, is scheduled to be released in September, and Shine plans to develop the project into an online global portal for children with autism and special needs.

“The thing with autism is the sooner you recognise it, the better and the more chance a child has of reaching the mainstream in terms of education,” he said.

Collins said that devices like iPads and interactive whiteboards are proven to help autistic children in the development of sensory integration.

Limited to 18 participants per year and working its way through a lengthy waiting list, Shine’s decision to digitise its PALS programme meant a dramatic increase in the number of children it could reach.“We noticed that there was a lot of homegrown talent and insight, but that it was all manual. We thought we should digitise this, and turn it into an app,” Collins said.

Social Skills for Autism has already been recognised with the IBM Global Centennial Award, and is shortlisted for this year’s Chambers Ireland CSR Excellence in Community Award.