The Smarter Senses Project is a three step programme that commenced in 2010 with the aim of driving the Shine Centre for Autism in Cork forward to become best in class globally and to enable children with autism to learn, develop and communicate more effectively. At the core of the Smarter Senses Project is the unwavering commitment to improve the behavioural and academic outcomes for children with autism and to improve their quality of life and that of their families. This was a unique proposition as it was not all about funding but about participation and acknowledging that the smallest contribution of finance, resource or human effort could make a difference in the life of a child with autism. The Shine Centre wanted to harness the capabilities of individuals and companies both big and small to achieve this ambitious and life changing project.

Stream 3 was always going to be a big step forward for Shine and the Smarter Senses Committee as this element of the project would launch a Social Skills programme developed at the Centre to the worldwide autism community. The PALS (Personal & Life Skills Programme) had been running at the Shine Centre since 2010 and had proven to be hugely successful in developing the social skills of young adolescents with autism. The PALS programme was classroom based and was limited to 18 participants per annum so expansion in that format would have proven to be both restrictive and expensive. PALS had amassed a huge waiting list with many applicants having no chance or accessing the programme. In mid 2013 a decision was taken by the Smarter Senses Board to look at the viability of making the PALS programme available on an application platform for tablets and smartphones. This would be the first step in a highly ambitious plan to developing a portal containing a suite of applications, information, research and strategies in the area of autism and special needs developed by Shine and our partners in Cork. These developments would form the basis for a Global Hub for innovation in the area of autism and special needs with on going collaboration between organisations like Shine, the IT industry (start ups to established Tech Companies) and academia. This was the vision of Smarter Senses Chairman Denis Collins and under his leadership a strategy was formulated to secure the necessary technical expertise and funding to look at the high level architecture, portal framework and delivery plan required for the first application. A number of Tech companies stepped forward to assist in a viability study and they identified the work required to transition the programme from the existing model to an app platform. 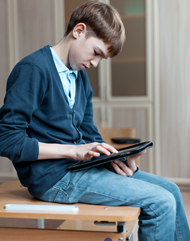 The PALS team at Shine led by Laura Crowley worked on reformatting the programme to maximise its impact and effectiveness on a digital platform. Running in tandem with this process was securing the funding envelope required to support the development of the app. This work continued for the remaining months of 2013.In early 2014 a meeting was held with senior management from the Bon Secours Hospital in Cork. Chairman of Smarter Senses Denis Collins and Laura Crowley of Shine briefed them on the PALS programme and the organisation’s ambition to make it available to the autism community worldwide. The Bon Secours (Cork) management immediately saw value in the project and within weeks had agreed to fund the first application with a commitment to support the full suite of applications once the first app launched successfully. In June of 2014 a young and dynamic web and application development company, Doodle Creative from Cork were awarded the contract to develop the Shine Social Skills app and Jack Casey of Commercial Solutions was contracted to manage the marketing and positioning of the app on social media. Smarter Dynamics have come on board to manage the monitoring and analytics element of the project. The funding envelope for this initial phase of the project is now significant and the ambition for the Smarter Senses Project continues to grow as more and more companies join this unique programme.

“This project will positively impact social, educational, academic, IT and commercial interests and is a wonderful opportunity for companies with a strong focused CSR policy to get involved in something both powerful and unique. I encourage any organisation big or small to get involved as the smallest contribution of finance, resource or human effort can lead to something momentous”

Einstein once commented “Try not to become a man of success but rather to become a man of value”. The Smarter Senses Program is a cutting edge approach, from multiple contributors, to design and implement a smarter way to meet the challenge of autism with optimal modern day techniques and resources. The thought leadership is in place and we are striving to assess the right educational partners and resources that will conclude the Smarter Senses Value Proposition. There is always a spare seat at the table for an idea, a contribution or influence.     Come and grab it !

If you would like to learn more about, or get involved in the Smarter Senses Project pleasecontact the Shine Centre for Autism on 021 4377052 or info@shineireland.

Denis Collins is currently CEO of Smarter Dynamics and Chairman of Learnlode. He is also Chairman Emeritus of the European Tech Cluster, an award winning organisation of 300 companies, representing 300+ billion globally and 2 billion in Ireland. He is also a Board Member of the Cork Chamber of Commerce and Global Development Leader, US Executive Circle/American Chamber of Commerce, Institute of Directors, Fordham University Global Alumni. Denis has had a huge part to play in driving the Smarter Senses Project forward since it’s inception in 2011. He has been Chairman of the project since 2012 and lives in County Cork with his wife and family.

Eoin Motherway, is a qualified Chartered Accountant with Deloitte and a career professional in financial services.. He has sat on a variety of industry lobby panels and committees and joined the Shine Board in 2013. He is currently Head of Fund Accounting for UK & Ireland for BNY Mellon. He is married with three children and holds qualification from UCC & DCU.

David Reilly trained at a commercial law firm named Paul Davidson Taylor based in the UK . Later moved to an International Commercial US Law Firm in the West End of London named Whitman Breed Abbot & Morgan  who later merged with US firm, named Winston & Strawn. David then moved to a  Top 100 Law Firm  DMH Stallard based in London.  Moved back home to Cork and worked at PJ O’ Driscolls, Solicitors based in Bandon, Co. Cork.  Opened Reilly & Company, Solicitors in January 2009 specialising within the areas of Commercial and Technology Law both within the Private and the Public Sector. David joins the Smarter Senses Board for 2015 and lives in West Cork. 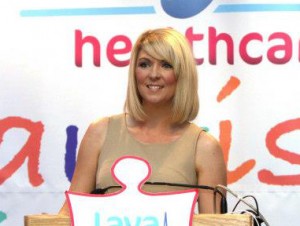 Laura Crowley holds a Masters Degree in Education and is the Programme Manager for the PALS (Personal & Life Skills) Programme for adolescents with a diagnosis of Asperger’s Syndrome or HFA (High Functioning Autism) at the Shine Centre. Laura is also responsible for the content development for the Social Skills app project and also heads up the Building Blocks Educational Support Service for children with autism attending mainstream schools. She currently lectures in Autism Spectrum Studies in UCC. Laura is the media spokesperson for Shine Ireland. 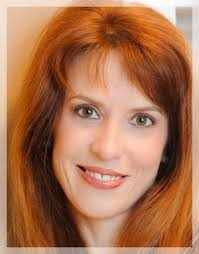 Jennifer O’Toole is the winner of the Autism Society of America’s 2014 Outstanding Literary Work of the Year, the 2012 Temple Grandin Award, a recipient of GRASP’s 2012 Distinguished Spectrumite Medal, 2012 AuKids Speaker of the Year, and a nominee for the 2012 Autism Society Book Award and Godiva’s Woman of the Year. O’Toole was diagnosed with Asperger Syndrome in adulthood, is the mother of three Asperkids, the wife of an Aspie, an award-winning educator and author of the internationally- celebrated Asperkids series of books all of which are Amazon bestsellers. She now keynotes internationally, including for the Autism Society of America’s National Conference, the North American Montessori Teachers’ Association, The National Inclusion Project, the UK’s National Autistic Society, Ireland’s SHINE, Denmark’s Sikon, and at conferences alongside Dr. Temple Grandin and Tony Attwood. O’Toole graduated with honors from Brown University and has since studied at the Graduate School of Social Work at Columbia University and Graduate School of Education at Queens University. Jennifer lives in North Carolina USA with her family.